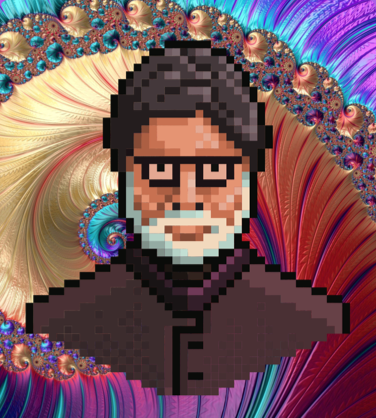 BeyondLife.club, a joint venture between Rhiti Entertainment and GuardianLink.io, announced in August that Bachchan’s NFT (non-fungible token) collection would be available on the platform.

According to a statement, the highest-ever bidding in India for Bachchan’s ‘Madhushala’ NFT collection was USD 420,000 on Day 1 of the auction.

The actor’s father’s poem collection, Madhushala NFT, was recorded in the superstar’s own voice. In addition, the auction includes seven autographed posters from his iconic films, as well as a half-dozen collectibles from his “punks and NFTs art and poster collection,” which have already received bids totaling more than USD 100,000 on Day 1.

BeyondLife.club is hosting the auction, which started on November 1 and will end on November 4. Guardian Link, India’s largest decentralised branded marketplace for NFTs, is behind it.

Another highlight of the auction is the ten-dollar ‘Loot Box,’ which guarantees each buyer an art piece from the NFT collection. Over 300,000 crypto collectible fans have signed up for the Loot box, which offers 5,000 collectibles.

The NFT collection is based on Guardian Link’s Anti-RIP NFT technology, which protects the exclusive rights of the NFT’s owner by preventing it from being copied.