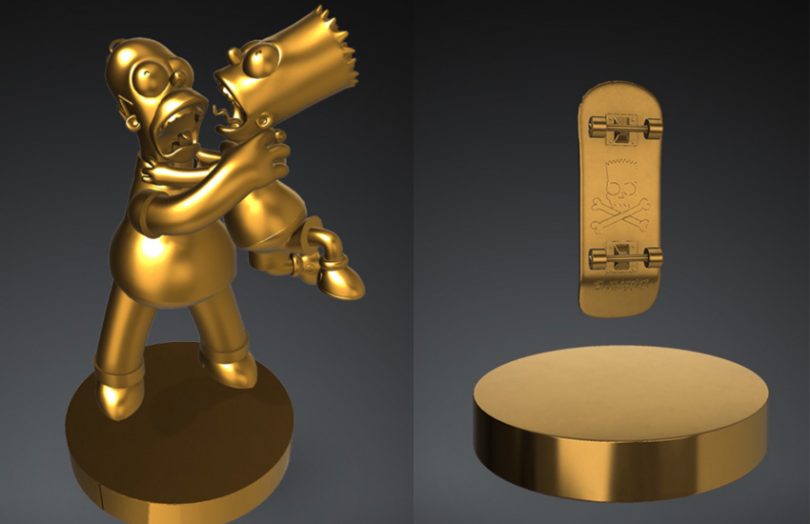 Veve announced the availability of Disney’s non-fungible tokens (NFTs) in late October. It started dropping NFTs for The Simpsons over the weekend, and tomorrow, it’s dropping Walt Disney Studios characters like Elsa, and Pixar characters like Wall-e. These are all Golden Moments leading up to Disney+ Day on Nov 12.

Between now and Disney+ Day, further Star Wars and other brand drops are planned.

In certain territories, Veve will pay for the first three months of a new Disney+ subscription.

Veve probably can afford it. $60 for each golden moment NFT and  If they all sell out, Veve will earn about $1.2 million per day. If it repeats for six days, that’s $7.2 million. And that’s not all. Veve takes a 2.5 percent commission of all secondary market sales. But Disney charges a 6% licensor fee.

The Simpsons collectibles are gone. Like other NFTs, a lot of people want to sell them immediately for a profit. In addition to the unusual skateboards, the “common” Bart and Homer digital figurines are being auctioned for up to $150.

‘Blind boxes’ are the drops. In The Simpsons situation, all buyers got the same pre-publicized images for both deliveries.

While Veve has secured relationships with major brands, it is unclear how exclusive they are. Other companies may distribute various versions of The Simpsons.

The animated series was created for Fox, which recently invested $100 million in NFTs and teamed with WWE ????.

The International Chess Federation is the world’s first worldwide sports organization to have its own NFT market.
Warner Bros. to Release Matrix NFT Avatars with Blue and Red Pill Options