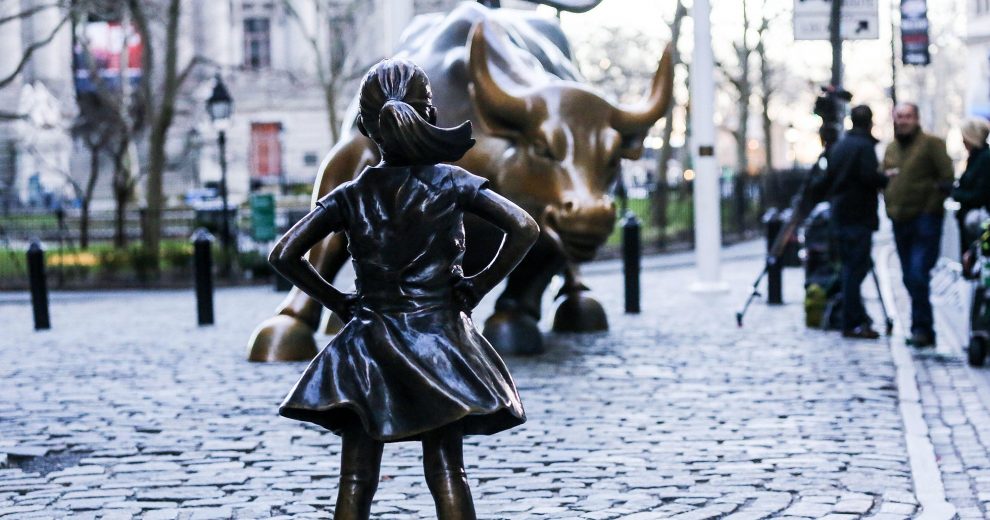 Kristen Visbal, the artist behind the iconic Fearless Girl bronze statue in New York City’s Wall Street district, today announced the launch of an NFT collection, the first of which will be available on May 10 and will be the first virtual rendering of the sculpture, which represents gender equality.

Visbal has teamed up with 9ifx.net to bring her storyboards to life, and will issue 226 NFTs, including a single copy of a micro movie, as well as the first private installation of a full-sized Fearless Girl statue.

The well-known statue depicts a young girl with a determined stance and hands on her hips looking up to the sky, presumably ready to take on the world, and was unveiled on International Women’s Day in 2017. “Superstar Drop: Free Fearless Girl,” a new NFT release, brings this symbol of equality to life in a whole new way, taking on the virtual world and portraying a new era of empowerment in the digital age.

“Many people have requested a Fearless Girl collectible. NFTs are the answer, as they provide a moving piece of Fearless Girl! Fearless Girl “symbolises the need for gender equality in the workplace and is seen by millions of people every day,” said Kristen Visbal, Fearless Girl’s creator. “Now that she’s gone virtual, women all throughout the country and the globe can take their own bold girl about with them every day.”

The figure is creatively depicted as a universal being who grows from cosmic stuff in this three-tiered limited edition collectibles drop. Tier One includes a Fearless Girl full-size physical statue with an NFT short film. Tier Two includes a 22″ physical bronze miniature and an NFT film depicting a flaming Fearless Girl originating from a comet. Tier Three features seven NFT trading cards with different views of Fearless Girl set against a dynamic background of vibrant nebulae. Tier Two will be the first to drop, with auctions starting on OpenSea on May 10 with Tier Three and One following later in the month.