Despite strong suspicion, one initiative is constructing a town square for gaming NFTs, with a slew of high-profile investors.
In a seed round headed by Paradigm and Multicoin Capital, Fractal, the platform for game-related non-fungible tokens (NFT), raised $35 million. Andreessen Horowitz (a16z), Solana Labs, Animoca Brands, Coinbase Ventures, and Terraform Labs CEO Do Kwon, among others, are among the other investors.
Twitch co-founder Justin Kan created the site in December as a marketplace for gamers to acquire Solana-based NFTs directly from game producers as well as a secondary marketplace for peer-to-peer trade.
Kan told CoinDesk that every game that has partnered with Fractal’s new “Launchpad” had sold out its NFT drop since the platform’s inception, with one collection reaching 33,000 unique customers. Tiny Colony had the largest raise on the platform, selling $2 million in NFTs at launch.
“There’s always been a lot of excitement around NFTs,” Kan told CoinDesk in an interview. “But what investors are now seeing is that it’s truly durable.” “Even if there is a bear market and prices fall, the idea that people desire to gather digital goods on the internet will persist.” Digital items in gaming are essentially a new category of e-commerce.”

While institutional investment in play-to-earn gaming has cooled in recent months, money has continued to pour into the expanding market in large numbers.
A $25 million round for Terra-based gaming platform C2X, a $4.8 million raise for blockchain gaming firm Battlebound, and a $6 million raise for the Polygon-based Crypto Raiders NFT game were among the notable investments in March.
Even more innovative play-to-earn games, such as the Solana-based “move-to-earn” app STEPN, are gaining traction. 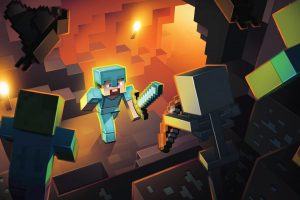