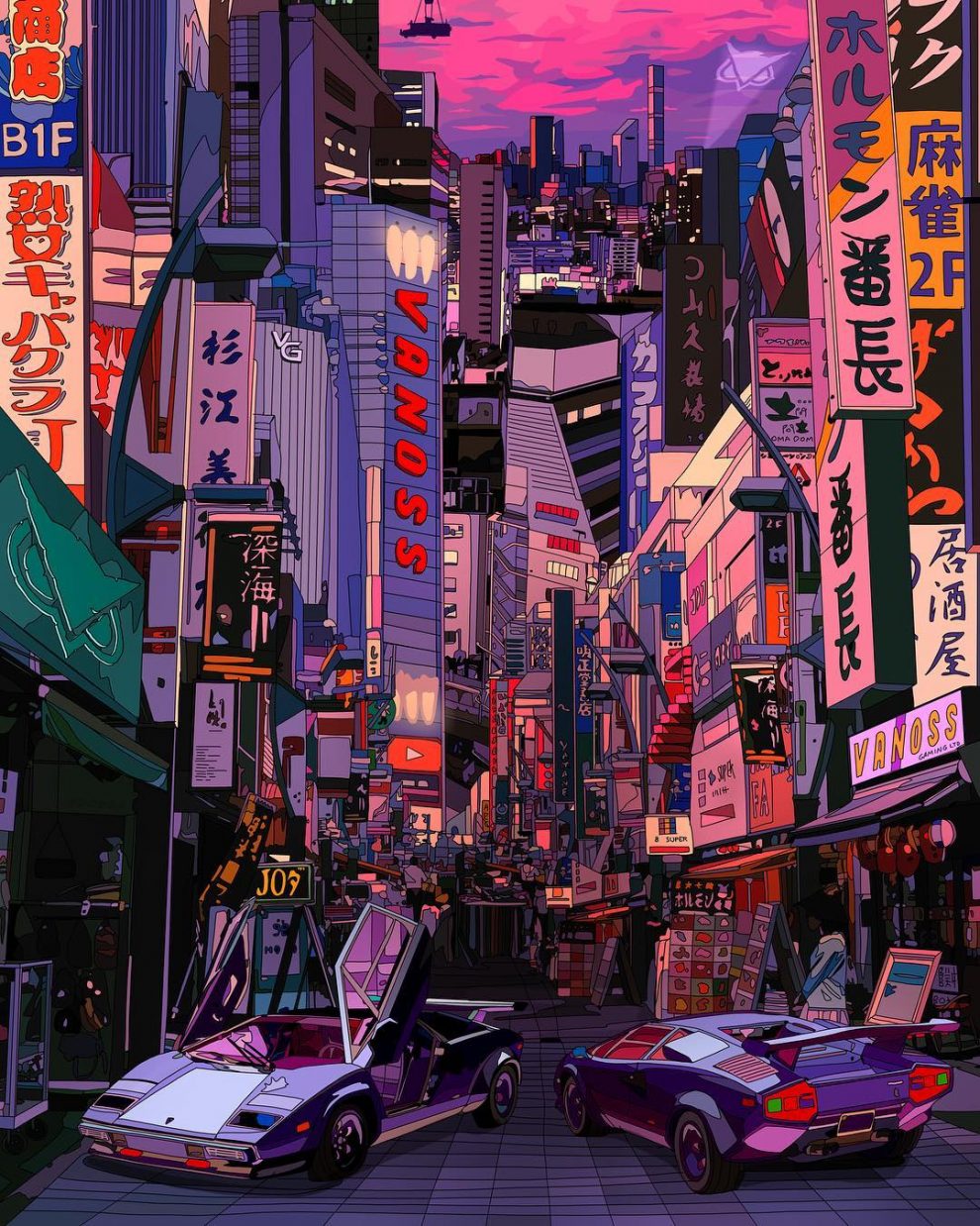 “Being around colour and light as a child was tremendously inspiring my creative approach today,” – Dowbak

But Dowbak isn’t a glassblower. In November 2020, he debuted as Mad Dog Jones on the NFT art scene. As of today, the entire transaction value of Dowbak’s NFTs has surpassed $18 million between primary and secondary sales, according to the website Cryptoart.

Dowbak’s work has been sold at Christie’s, Sotheby’s, and Phillips, earning him the title of “triple crown” artist. In August 2021, he sold an NFT dubbed REPLICATOR for $4.1 million.

How Dowbak built his career as an NFT artist

Build A Reputation In The Mainstream Art World

Dowbak was a well-known artist before entering the NFT sphere in 2020.

He started uploading his digital artwork on Instagram in June 2018 and soon acquired followers. He subsequently began working with well-known photographers like Daniel Mercadante and bands like Chromeo, a Montreal-based electric-funk combo.

Dowbak had been familiarising himself with NFTs for nearly a year before Beeple sold his digital artwork for $69 million in 2021.He learned about NFTs in the summer of 2020. One of his friends sent him an email with a link to the NFT marketplace SuperRare.“By the time the first Fewocious and Beeple drops happened, I was already in contact with Nifty Gateway,” Dowbak told Fortune. “I dropped with Nifty in November of that year.”

Dowbak prefers not to be loyal to a single platform. He used to sell his NFTs on Nifty Gateway, but now he sells them on OpenSea.

“Anything from Nifty can now be sold through OpenSea,” Dowbak says. The artist uses Manifold to mint his own work, which he sells through auction houses such as Phillips, Christie’s and Sotheby’s, and more recently through OpenSea directly. “I prefer a decentralised approach. It’s important not to be too reliant on one platform.

Minting is the process of adding a digital asset to the blockchain. NFTs can be bought, sold, and traded publicly once issued.

Minting is often done in the marketplace.

“I started minting pieces through my own smart contract with Manifold since then.”

Understanding the NFT marketplace and pricing your artwork takes practise.

Dowbak’s early work sold for “modest” prices, around $3,000, but he can now command six-figure prices for a single piece.